Why I love Anime and Manga 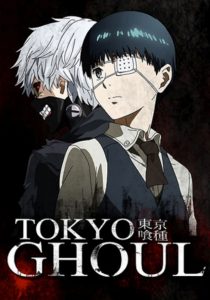 Manga: a style of Japanese comic books and graphic novels, typically aimed at adults as well as children.

Anime: a style of Japanese film and television animation, for adults as well as children.

Essentially, Manga is the book and Anime is the movie or series adaptation. There’s a massive community of Otakus (Anime and Manga lovers), possibly rivalling Marvel and DC Comics lovers, but that’s a discussion for another day. As a proud otaku myself, I’d like to share the reason why I love anime and manga. It’s the themes. While all forms of fiction have underlying themes, Anime and Manga devote series after series to one theme and express them in creative ways.

Oh, spoiler warning ahead for anyone planning to watch the following two examples.

I start with the popular anime gore-fest: Tokyo Ghoul; set in an alternate reality where ghouls (individuals who require human flesh for nourishment), live among normal humans in secret, hiding their true nature to evade pursuit from the authorities. Including enhanced physical capabilities, a ghoul has at least one special predatory organ called a “Kagune” (Red Child in Japanese), which it can manifest and use as a weapon during combat. Another distinctive trait of ghouls is that when they are excited the color of their sclera in both eyes turns black and their irises red. The story follows Kaneki Ken, an orphaned human bookworm with only one friend, Hide. After unknowingly going on a date with a ghoul named Rize, he’s nearly killed by her, but by a miracle, steel beams fall on her, putting her to sleep for good (so we assume). Kaneki is taken to the hospital, where the doctor transplants Rize’s ghoul organs into him, therefore making him a synthetic ghoul/human hybrid. The rest of the Manga follows how Kaneki learns to adapt in the chaotic world he’s been thrown into.

If you haven’t picked it up yet, I’m sure you’re wondering what the theme is, well read through the description again and see if you can come up with something. Go ahead, take your time. Got something?

It’s racism. Under all the cannibalism, blood, guts, and emotional tower of terror that leaves you crying as you pray that Kaneki can find happiness, Tokyo Ghoul is all about racism. Ghouls and humans are portrayed as predator and prey, unable to find a middle ground. Ghouls are considered monsters disguised as humans; nothing more than parasites in society. Basically, humans discriminate against ghouls; ghouls discriminate against humans. The ghouls’ seemingly human appearance and their integration into society is seen through their interactions in Anteiku (a neighbourhood café), Touka’s integration into a school life, and Nishiki’s attempt at redemption by finding employment in Anteiku. However, it is not enough to vindicate them of their actual crime; that of being a ghoul. Kaneki is the exception, as he was made ghoul, not born ghoul. Throughout Tokyo Ghoul and its second season Root A, and with the Manga as well, Kaneki’s struggle to find his (racial) identity is explored in depth.

The humans of Tokyo Ghoul, specifically the investigators have an interesting contrast. Kureo Mado is a psychopath obsessed with the extermination of ghouls, and Arima is a brick wall when it comes to expressing emotions. Koutarou Amon and Kureo Mado’s daughter, Akira, are different. Akira struggles with the loss of her father, admitting to Amon her grievances regarding what happened on the night her father was killed. This was a very human response – her father being revealed to be the reason she became a ghoul investigator in the first place.

Amon, too has human reasons for choosing his profession. The man who ran the childrens’ home where Amon grew up was a ghoul. Although Amon survived, it is no surprise that he grows up believing all ghouls are just as monstrous as Priest Porpora. Then he meets Kaneki, who does not fit into this schema; Amon cannot reconcile his notion of a ghoul as a mindless killer to the one who is visibly afraid, so he lets him go at the end of Tokyo Ghoul. Amon desperately tries to find answers that will make sense of the situation; to reconcile his prejudices against ghouls with the notion that they might be sentient beings, capable of judgements.

Yet despite that, there are examples of ghoul-human relationships that look past their differences and come together anyway. The first few at the top of my head are half-ghoul Kaneki and his human best friend Hide. The ghoul-run coffee shop Anteiku and its ghoul and human customers, including Nishiki and his COMPLETELY HUMAN girlfriend, Kimi. I think I’ve made my point. Also seen with Kaneki’s experience; learning about how both humans and ghouls are at fault for the chaos the world is in, and that physiology aside, ghouls are just people. Ghouls still have emotions, families, friends, and some are shown to be more humane than some humans.

That is just one out of the hundreds, if not thousands, of series that Japan has created in the hundred years of Anime and Manga. If that’s not brilliant storytelling and integration of themes, I don’t know what is. Besides, it beats ‘Reality TV’. 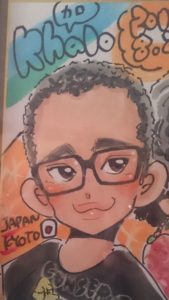